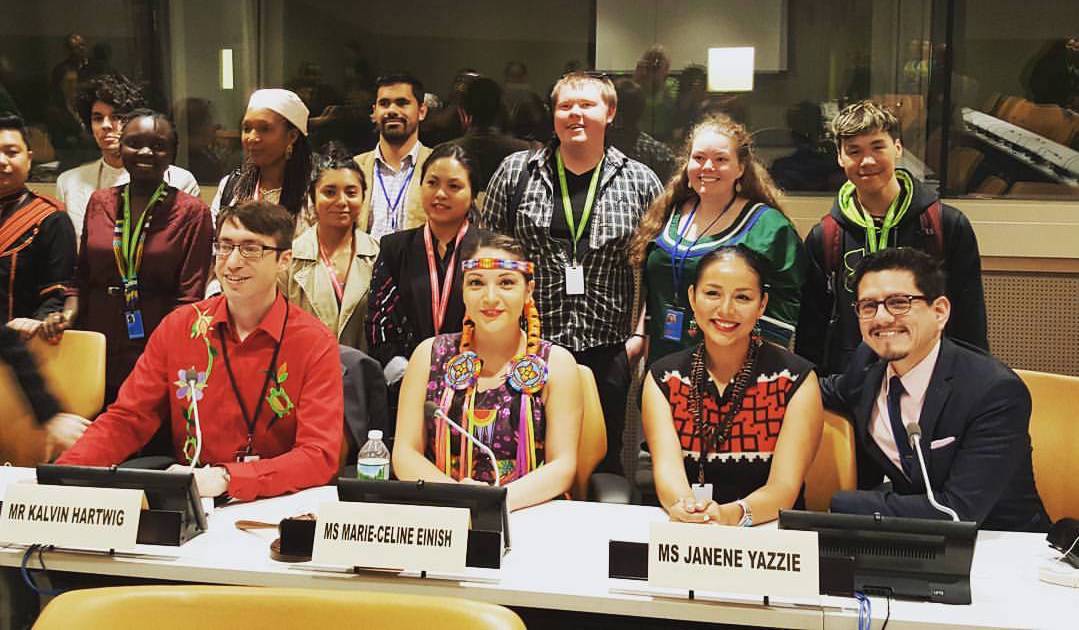 A group with an indigenous heart

This short film is the first collaborative effort of the Global Indigenous Youth Caucus. The GIYC is an inclusive platform where Indigenous youth from across the world can voice their concerns and issues. This international group has been working tirelessly ever since its foundation in 2006. In 2008, the GIYC was officially recognized by the Secretariat of the United Nations Permanent Forum on Indigenous Issues as a working caucus.

In 2015, the GIYC unanimously agreed to create a film that would inspire Indigenous youth to feel pride in their identity. The GIYC finished the film production at the end of 2016 and premiered it at the United Nations on 1 May 2017. Each of the film’s creators is Indigenous, including Anishinaabe writer Andrea Landry, Dine writer Janene Yazzie, Anishinaabe producer Kalvin Hartwig, Anishinaabe composer Ryan Gleason, Naskapi protagonist Marie-Celine Einish, and Quechua director Manuel Ibanez.

Our film would not be possible without the kind contributions from our many sponsors, especially: Kewadin Casinos, The Sault Ste. Marie Tribe of Chippewa Indians, Concordia University Television, Endangered Language Alliance, The Match-e-be-nash-she-wish Band of Pottawatomi Indians, Habitat Pro Association, BeMore America and Hey Mister!